Today we are celebrating Kathleen Osborne. Since 12 Short Stories started in 2017 we’ve seen many of our writers go on to publish and accomplish great things with their writing. The Prompt to Publication emails are all about celebrating these writers and their wonderful stories.

Kathleen is working on her first challenge. She has written seven of the twelve stories.

Kathleen Osborne: I have published one short story, The Bungling Burglar on Kindle and in several other ebook formats. I am in the middle of launching an anthology, Tolerance. I approached other writers who I thought might be interested. Nine said yes! With the help of Soleah Sadge, one of the authors who joined me, we edited, compiled and are publishing it through Draft2digital.com. In two formats, ebook and print-on-demand on all the major retailers.

Kathleen Osborne: Absolutely. It has helped tremendously in tracking, conciseness, and timing.

The first time I wrote fiction was December 2019, when I began my first novel. During the editing process I realized I was making a lot of mistakes I would have not made had I developed certain skills, such as ‘showing not telling’, keeping to the POV, etc. I read somewhere that most of the greatest writers began their journey by writing short stories. I thought it is never too late to try something new. I backtracked and learned how to write them. I found Deadline for Writers and felt this was the answer I needed.

Since joining in late May 2020, I have grown tremendously. My editor has told me my skills are sharpening as we go through the re-write of my novel.

I have learned how to be consistent, use concise wording, how to track my characters, making sure I have the ARC I want and need, and how to use more powerful words. And how to drop filler words such as ‘that’, ‘like’, etc.

The feedback helped a lot. We can’t know if we have learned anything and applied it without it. If there is a moral, is someone getting it? AND are we improving our technical skills, which is vital. I wouldn’t know I had any typos or if I was ‘telling’ instead of ‘showing’ without it.

And the discipline… when I turned 39 (41 years ago) I trained for power lifting. I had lifted some weights during different exercise routines but nothing like what was required for this sport. I started out with lifting the bare weight bar (45 pounds) in the bench press, squat, and deadlift. In 12 months, without drugs (I was active duty Air Force at the same time), through discipline and practice my highest lifts for each category was: 145 pounds-Bench Press, 275 Pounds-Squat, and 301 Deadlift. I won each category I competed in for my weight and age.

The same applies to writing, I believe. If we don’t practice, use discipline to hone our skills, we’ll never reach our goal or win the trophy. I use 12SS as my gym for writing. Getting a goal and the prompt. Then writing, re-writing or starting all over again. Then finishing it and turning it in on time with the correct word count. It’s a good workout. I will say that there have been several times that I have written the story, set it aside for another time, and started fresh. Having the 30-day deadline gives you time to do that.

Kathleen Osborne: One of my favourite stories I wrote was She Wore Red Lipstick. It took me into a totally different genre than I normally write. Please share the link here. Short Stories – Kathleen Osborne 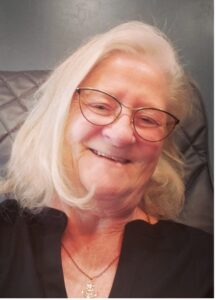 Kathleen Osborne is a new author; her focus is on Sci-Fi Romance set in the present time.  She considers herself a “Grandma Moses” because she didn’t start her writing career until after she hit her 69th birthday.

Married over 45 years to Robert, they met and married while on active duty in the Air Force. She retired after 21½ years and Robert, after 24½ years. They traveled and lived in locations state side and overseas. They were blessed with two children, five grandchildren, and one great-grandchild.

After she retired she went to work at Northrop Aircraft Corporation on the B-2 Program as a Statistical Analyst. While she was there she had the opportunity to sit in the cockpit of this remarkable jet.

Her career changed, of course, she was a Senior Pastor’s Private Secretary and the Church Secretary. She began to write nonfiction during this time. She created a newsletter for the women’s ministry with stories of answered prayer and items to encourage their walk with the Lord.

After working with the Pastor for more than 10 years she switched gears and became a Mary Kay Beauty Consultant, then a Director. She learned how to use someone’s face as a canvas as Make-Up Artist. She loved to see how happy people were with her product and giving them tips to make the most of the features. 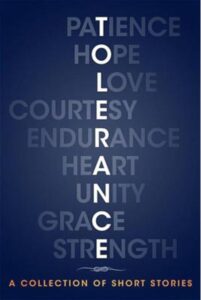 During this time, she joined the regional chamber and won awards voted on by the 1200 business membership to include: Entrepreneur of the Year and Volunteer of the Year. She went on to be Co-Chairman of Young/New Business Owners, Chairman of the Ambassadors and Women in Business networks.

After working with the Women in Business network, she and 12 other women in the business community banded together and created the San Jacinto Valley Women’s Conference. Their goal was to raise funds for higher education for women who either had left the work force, needed education to advance in their profession, or were already in higher education, etc. Within the first four years, they raised over $20,000 for scholarships. This organization is still going strong, helping women in the San Jacinto-Hemet School District area.

She retired again (chuckle). She and her husband looked around to where they wanted to move to. They decided that the best place for them was up in the White Mountains of Arizona on the northeastern side of the state in a small town called Show Low. Once there, Kathleen learned how to sew and developed a business for custom/designer dog clothing, specializing in small dogs. She created a loyal following but found that going to various markets and setting up displays was causing her physical problems.

So, she retired again (chuckle).

During the last year of owning her dog clothing business she looked to her first love and took writing courses. She found she loved every minute of it. She is currently working with her editor on her first novel. Her novel is a romance – she feels that life itself can have so many problems and not always a happy ending. And everyone deserves to experience happiness, hence, she only writes happy endings. She knew from her own experience, people can find it by reading a romance book, be it cloaked in mystery or sci-fi – future setting or past. Following the hero and his heroine to their happy ending can be a cure for the doldrums anyone may be dealing with.

She has now added short stories to her achievements. And is planning on doing a collection of those she has written through DeadlineforWriters.com in 2022.

Read an excerpt of Kathleen’s work.

“I’m sorry, but you can’t go in,” a deep voice said, filled with comfort and caring that went straight to her heart and mind, then settled over her as is she was putting on old comfortable clothing. That voice….  It sounded familiar. Sarah focused on it. When she realized his hands were holding her with firm gentleness to his rock-hard chest. That voice was her lifeline right now; and she knew it held the answers to every one of her questions. She looked up into the warm chocolate brown eyes she had gazed in over dinner. This was Simon, her dinner date from earlier tonight. She knew he was a detective. They had shared what they did for a living during dinner, but he was with the Homicide Division, not Burglary. 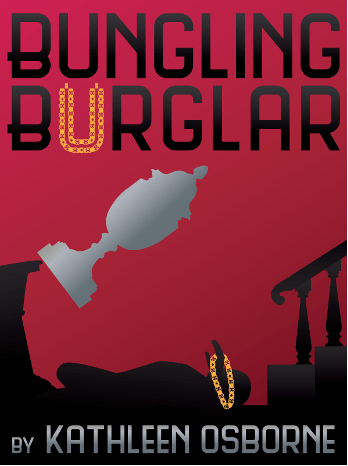