Today we are celebrating Harvey Covey. Since 12 Short Stories started in 2017 we’ve seen many of our writers go on to publish and accomplish great things with their writing. The Prompt to Publication emails are all about celebrating these writers and their wonderful stories.

The link for the video interview is at the end of this post.

Harvey Covey: Yes – It helped me to both take critique from others and improve my writing as well as assist others by reading their works and offering my suggestions.

What did you learn that you applied to your novel?

Harvey Covey: Concision in topic. Writing the most impact in the shortest amount of words while maintaining the plot and narrative.

Did the feedback and discipline help at all?

Harvey Covey: Yes. Feedback “kept me honest” with my reader and the discipline forced me to “stay on track” with my writing schedule.

Harvey Covey: Confrontation and Reason This is the story that really turns the tide for my protagonist. He goes from being the mild-mannered, man-out-of-place to mustering up the courage to say, “No more” and really confronts what it means to protect his children at any cost. 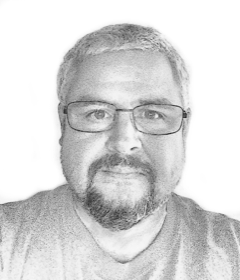 Harvey Covey was born in the mountains of western Pennsylvania where he spent his childhood, the oldest son of six. When he was a teen, his family moved to the Midwest where he finished high school, got married and raised two lovely children. He has worked for nearly forty years for the same company.

Harvey has a great appreciation for the prairies and lakes of Minnesota and has found much inspiration there. His love for the outdoors is evident as he now lives in the cabin he and his family built on his property in the north woods. He writes music, poetry, and stories, plays several musical instruments and loves to hunt and fish.

Read an excerpt from Harvey‘s story.

Mumbled voices and a deep throbbing from the back of my head roused me to consciousness. Duct tape bound my arms and legs to a chair. Wan light filtered in through bent aluminum shutters from the only window in the room, set high in the wall, behind and left of me. The room held boxes of liquor, glassware and supplies typically used in bars. A heavy drumbeat bounced dust off the crates while indistinguishable conversations, occasionally punctuated by laughter muffled through the door which, I assumed, was locked.

Kimi! I looked around in panic but couldn’t find any sign of her. I railed against my bonds unable to reach the tape with my teeth. I managed to somewhat loosen my left ankle a little but my struggles knocked over a box spilling shot glasses all over the floor. Moments later a click of the latch opened the door. Grunt broad-shouldered into the room followed by Backus and Cherise.

“So! You’re alive! I thought Grunt put your lights out for good.” Backus seemed almost light-hearted.

“Oh, Roc’s safe with the doctor and the girl is in the other room under Geo’s care.”

“You lay a hand on either of them, I’ll kill you all!”

“Big words from a man tied to a chair,” he laughed.

“What do you want from me? The cops got my journal. I’ve got nothing you can use. I just want out.”

Cherise popped in, “There’s only one way out of the Double X, darling. Feet first.”

Backus raised his hand at that. “I’m afraid you’ve misunderstood the situation, Jak. It isn’t you I’m interested in. It’s the boy. He’s the key to everything.”

“What are you talking about?!”

“You don’t know? Well, I suppose I shouldn’t be surprised. You’ve been running so hard; you haven’t really taken the time to stop and think it through. Roc had the virus. And, he survived. He’s the only one who ever has.”

Light dawned in my brain. Oh, shit! They want his blood!

“I see you understand now. Yes. He holds the cure in his veins, and I intend to take advantage of it.”

That sinister look came back in his eye, “Oh, I’m going to milk him for all he can give. The girl, I can turn out to the sporting ring with all the other whores. As for you, I think I’ll give you to Grunt for a plaything.” He turned and walked out towing Cherise behind him.

Unfortunately, my shout fell on deaf ears. Grunt locked the door behind them and laid his sidearm on a crate near the exit. Then he turned toward me rubbing his right fist in his left hand. He still wore a bandage on his head from when I’d slammed my pod door on him just before leaving Tharsis. Trouble bore down on me like an angry wounded bear.

I struggled frantically to free my leg.

Grunt swung a punch at me.

Pain exploded in my skull under his right fist and my head nearly flew off my shoulders.

How I maintained consciousness, I can’t say but suddenly, whether from the hit to my head or the violent twist of my body after the blow, my left leg broke free.

He pulled back for another strike.

I prepared myself for the blow and when he swung in, I pitched my head forward.

His fist struck the top of my head full on.

The bones of several fingers cracked and broke against my skull.

Grunt let out a yell and I kicked out, burying my left foot in his groin.

He folded down and I slammed my head up into his descending face. The crunch of his nose and cheekbone gave me a vicious sense of satisfaction. His body collapsed on top of mine and the chair gave out under the weight. I pushed him off me as he attempted to recover himself.

My legs slipped free. Rolling right, I grabbed a chair leg with both hands since my wrists were still taped together. I stood and bashed him several times on the head until he crumpled unconscious to the floor.

I dropped the bludgeon and used some broken glass to cut my wrists free. I stooped to check his pulse. It was erratic, but he still lived. I found the roll of duct tape he’d used on me and tied his own wrists and legs together.

Looking around the room, I found my ruksac lying in a corner. I grabbed it up and Grunt’s sidearm and moved to the door. I peeked out to see if any sentries lurked nearby. Apparently, Backus hadn’t bothered considering the idea Grunt would have any trouble with me. That mistake, I vowed, would cost him dearly.

No light shone under the next door down, but I checked it anyway and found another storeroom. Scuffles came from the door after that one. The one the clerk indicated held Kimi and Geo. I could hear Kimi’s muffled cries against him through the closed door.

Not bothering to check if the door was locked or not, I kicked the knob with all I my anger and the door crashed open.

Geo turned at the commotion and I put two rounds into his face. The silencer on the gun and the music beating down the hall completely obscured the reports from the gun.

Kimi pulled her torn shirt back on and leapt into my arms.

“Did he…?” I couldn’t finish the horrific sentence or the thoughts behind it. 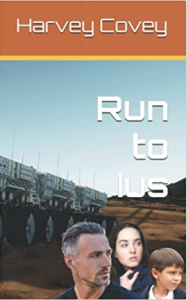 Jak Wilder is on the run. In a world wracked by a global pandemic, sanctions enforced by the mega-corporation Earth Prime Coalition and the resultant looming revolution, Ius Chasma is the only free zone left on Mars. With his wife declared dead of the virus sweeping across every dome on the planet, Jak finds himself out of a job, a home and under tremendous debt from his Val’s medical bills. Together with his two children, Kimi and Roc, he takes to his vehicle and turns to life on the streets of Tharsis working as a courier for the Double-X gang. But Coalition forces catch up and force him to turn evidence against his latest employer, the gangster, Backus Xaviour. Worse yet, Roc, develops symptoms of the disease, yet resists its effects and recovers making him a target for those seeking to exploit him for profit for the possible cure in his veins. Now under pressure, from the Coalition forces and facing retaliation from an angry Backus, Jak, Kimi and Roc leave for the only place they may find safety and make the run to Ius.